I still remember the day I got my formal education in major gift solicitation. An elderly donor in Indianapolis had made several regular gifts in the $10,000 to $15,000 range, but she had the capacity to give far more. She seemed to have a genuine fondness for the charity, reached out and asked questions about students and staff, and her giving habits were consistent and predictable. It was time for a personal visit.

Anna was 92 years old and that is where I made my first mistake. I assumed the best way to communicate was by sending a letter and following with a phone call. I put together a very nice thank you package with stories, pictures, and a personal note. After waiting about a week, I called to make sure she got the package. She was kind but curt when she said, “You could have sent me all this by email.”

Lesson One: Data Drives Donations. Something as simple as knowing a donor’s preferred method of communication can make big difference. Anna couldn’t understand why I wasted the paper, envelopes, and postage when I could have sent her everything in an email. In my 30+ years of nonprofit experience I learned that no piece of information is unimportant. For example: I learned to always take my cowboy boots with me when visiting oil country in West Texas. While soliciting a six-figure gift, I got invited to a hoe-down and the donor loaned me a pair of books so I wouldn’t be out of place.

After scheduling my visit to see Anna I flew to Indy and was greeted so warmly and graciously that I thought I was sitting with my own grandmother.  We visited in her home for about an hour when she offered to take me to lunch. It was a delightful little French restaurant and we talked casually until the desert came. That’s when Anna lowered the hammer on me. “Alright young man, what exactly do you want.” 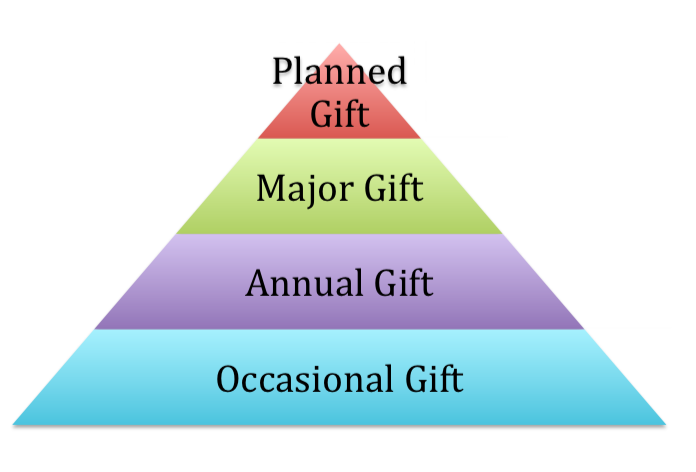 Lesson Two: Major Gift Donors know what you want. Anna understood why I was there. I wasn’t the first development officer to court her, and I wouldn’t be the last. I thanked her again for her generosity and told her that there were programs I needed funding for, but that I hadn’t come for that today. I simply wanted her to be able to put a face with the program and let her know I was always available to answer her questions. I assured her that I would be sending a proposal in the next 30 days and following that up with a phone call. She smiled like a Cheshire cat and said, “I’ll be waiting.”

Lesson Three: Use what you’ve learned. When the time came to grease the wheels and ask for a major donation, I remembered what I had learned. I put together a beautiful proposal with personal interest stories, full color pictures, and proposed outcomes. Once it was all completed I converted it to a pdf file and emailed it to Anna. A response came within the hour – typical Anna!  “Call me, I have more than a few questions.”  That was all the email said. I was a little intimidated and very excited.

I called Anna and we talked for about an hour when she opened the door. “What do you need from me?” I need $50,000 a year for the next three years to help launch the program. I would like to present it to other donors as a challenge gift. She told me the administrator of her trust would send the check, but she wanted progress reports after the first year. After that she would consider making the additional gifts if the program remained on track.

Before she passed Anna gave us over $250,000 in a three year period of time and she didn’t forget us when her estate was settled. Major donor solicitation isn’t all that difficult. You build relationships, you speak honestly with the donors, and make sure they understand the significant impact their gift is going to make.

Several years ago Robert Fulghum wrote a poem, “All I ever needed to know I learned in kindergarten.” I won’t say Anna taught me everything I needed to know about major gift donations, but she certainly gave me an advanced education in a short period of time.