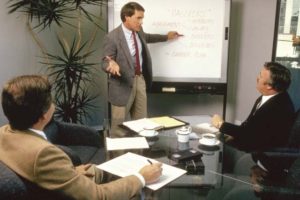 On August 23rd, 2014 I was sitting at a board of directors meeting with a dozen other leaders discussing the future of one of the most important Christian Universities in all of Africa. 60 years earlier pioneer missionaries traveled into remote jungle regions of Nigeria to establish Nigerian Christian Bible College. During their 60 year history they inspired other schools all across the continent, developed leaders that changed the landscape of North Africa, and were instrumental in the establishment of over 10,000 Christian churches. However, on this day the discussion centered on whether it was time to end the legacy and move their focus on to other projects. 60 years of attrition in the harsh jungle climate was taking its toll. Rain, termites, and declining enrollment were all contributing factors in making the decision.  The choice was simple, invest hundreds of thousands of dollars in a piece of property they didn’t own, or cut ties and move all their efforts to a thriving new school in the west.

It wasn’t an easy decision, but abandoning 60 years of history, the blood, sweat, and toil of hundreds of missionaries and thousands upon thousands of indigenous people just couldn’t happen. Somehow, some way the college h 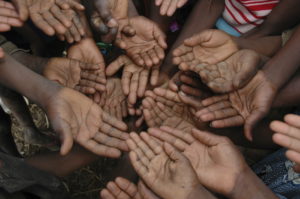 ad to be saved. Rescued from the harsh tropical climate, rescued from the violence that once threatened the region, rescued not because of its history, but because there was still a mission that needed to be fulfilled.

This wasn’t the first time I sat at a table debating the future of an important nonprofit work. Several years earlier while serving on the board of directors of the EAR Foundation, we faced a similar challenge. In each case the bottom line was money and the answer was to launch a capital campaign.  When your vision for the future of any organization exceeds your annual budget by 200 or 300% something dramatic must happen. How do you invigorate a shrinking, aging donorbase? How do you find money for capital improvements when you barely have enough money to pay the bills each month?

One of the fallacies of launching a capital campaign centers on the idea that an organization must be financial strong. There are two powerful reasons to initiate a capital campaign: First, there is a clear vision and powerful motivation to take the organization forward. This could be the construction of a new school, providing sustainable power in a developing country, or in the case of Nigerian Christian Bible College restoring the school to its former glory and transforming the lives of everyone the school touched. The second reason to launch a capital campaign is to invigorate the donor database. It isn’t uncommon for organizations to become flat in their fundraising efforts. They communicate with current donors, send letters, make calls, do all the necessary things, but somewhere along the line the expansion in new regions, or recruiting new donors becomes stagnant. A successful capital campaign can revive an institution’s fundraising efforts if it is run effectively. The goal isn’t simply to raise five-hundred thousand or a million dollars – the goal is to recruit new donors and excite the old ones.

Lots of consulting services focus on the steps necessary to run a successful capital campaign (and process is certainly critical to success), but before a program can be launched there are two important things that need to take place?

Clearly define your vision. There are organizations that chase money, and organizations that pursue their vision. With few exceptions, the organizations that pursue their vision also end up raising more money. I have a simple rule for each and every client I work with – “Money f0llows vision.”  I have even gone so far as to produce a small sign that says just that!  I give one to each new client to hang in their offices. The wise man Solomon once said, “Where there is no vision – the people perish” (Proverbs 29:18).  If you are ready to launch a capital campaign be sure that you have a clear and compelling vision. Let me give a few examples from the example above.

When we launched the effort to restore Nigerian Christian Bible College we did not focus on the bricks and mortar (even though that is where a substantial portion of the money was going). Our message centered on the people who are impacted by the school, the vocational programs we were going to add, and living conditions of the students on the campus. We told compelling stories of people as they related to the repairs and restoration that needed to take place.

You need a committed team. It may be the board of directors, perhaps it’s a group of enthusiastic volunteers, but capital campaigns are successful when you have people who can share the story of hope, promise, and the future with others. Keep in mind the idea is grow your donor database, so having people who are excited about telling others is the key.

Some organizations focus their capital campaign on the lead gifts, others set up a series of small group dinners, some focus their attention on foundations – there are several successful ways to run a campaign, but every successful campaign I have ever been a part of has those two key ingredients at the start: 1) They have a clearly defined vision , 2) and a committed team of workers. 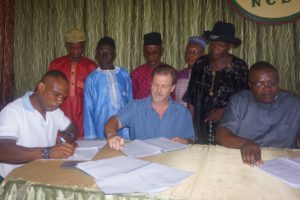 You may be wondering how did the campaign work out in restoring Nigerian Christian Bible College? I had the privilege to lead that effort over several years. It turned out to be the highlight of my life’s work when, after eight months of negotiations I was able to travel to the small village of Ukpom in Nigeria and sign land contracts with five of the local chiefs.

To date: buildings have been restored, new programs initiated, but the most exciting part was watching the Nigerian people rally around the college and donate materials, supplies, and labor to see the restoration become a reality.