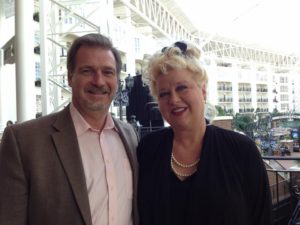 With Victoria Jackson of SNL fame who is running for office in Tennessee.

Advocacy groups always face one of the greatest challenges in the nonprofit community – they have to play ball in the political arena. Politics is a nasty, ugly, and unforgiving realm and those who are unprepared for the fight are best to sit on the sidelines. One of my mentors once told me, “Never wrestle with a pig. The pig really doesn’t mind and all you will do is get dirty.”  Oh how I wish I could heed that advice, but if you are going to venture into a political debate – it’s going to get dirty.  Here are my five rules for winning in politics:

This may seem an odd topic for a nonprofit post (since charities are not to be political), but that too is a myth. I never attended a church where politics weren’t discussed in the classes, or from the pulpit, never met an advocacy group who didn’t take a stand one way or the other. Truth is – winning at the political level often insures we are winning in many other places as well.